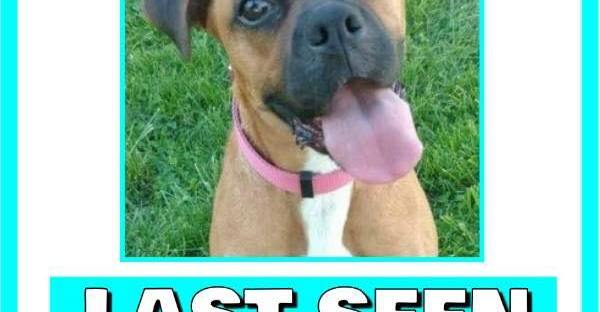 On Sunday a dog that had been adopted from OPH by a family near me, got loose and ran off. She’s been missing ever since. 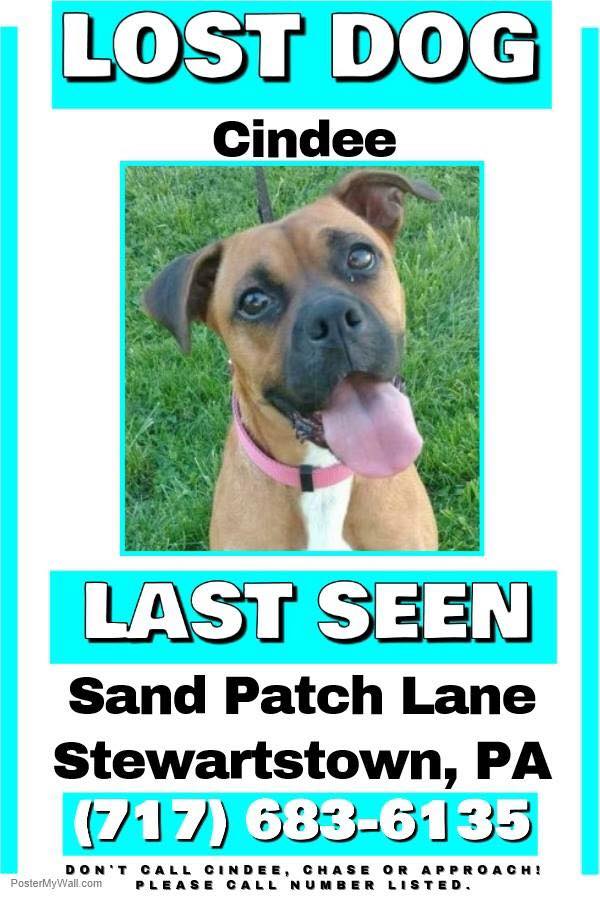 I’ve sadly been unable to be much help to the searchers as I spent the weekend in a fog of pain. I developed a pinched nerve in my neck on Thursday and it escalated to the point where I felt as if someone was driving a knife in the back side of my head and twisting nonstop. I’ve never experienced anything like it. I’ve read about the kind of people who live with chronic pain and I am most certain that I could never do it. In fact, as I sat (because lying down was even more painful) through the night on Saturday, I understood how a person could become addicted to pain killers.

I had swallowed four ibuprofen and two Tylenols and I was eyeing the serious pain killers that were left from my son’s wisdom teeth extraction. The pain was so far beyond crazy, I really didn’t care if I OD’d; I just needed some relief. I would have traded my first born son (although he’s away at college, so it might be an expensive trade) for the pain to stop. I’d have driven to a dark alley and made any kind of deal to get it to end.

On Sunday, I went to OSS Urgent Care where a young doc did a two second exam and told me I’d just slept funny and I’d be fine. I’m fairly sure he thought I was a spoiled, middle-aged woman looking for pain meds to sell to supplement the allowance my husband gives me. He prescribed a very low-dose anti-infammatory that was less effective than my four ibuprofen and two Tylenol, plus a muscle relaxant that made me dizzy but had no effect on my pain.

Inexplicably, my pain escalated and after another night of torture, Nick drove me back to Urgent Care on Monday morning. This time the doc who saw me understood I was in serious pain. Perhaps my swollen, bloodshot eyes, matted hair, and the fact that I could only speak in slow whispers convinced him I wasn’t lying about my pain. He put me on a nice combination of muscle relaxant, pain reliever, and prednisone. (I’m beginning to think that prednisone is a miracle drug. Not only am I taking it and feeling a million times better, but Crash is on it and is rallying, plus Gala is on prednisone as part of her heartworm treatment and if I could feel as good as Gala does, I’d sign up to run a marathon this week.)

By Monday afternoon I was back amongst the living, although driving was still a no-no given the amount of drugs in my system. Another OPH foster, Hilary, picked me up Monday evening and the two of us helped with the search for Cindee, the missing dog. We mostly sat with our binoculars and watched the woods and the house where she was last spotted. We saw nothing, but it was good to catch up with Hilary and also to be able to do something for Cindee. I’m not willing to give up my drugs yet, so still no driving today; I’m feeling a little too fine. I’m hoping to catch a ride with another volunteer to go help later today.

I’ve been thinking a lot about that little, lost, frightened dog (she’s much smaller than she appears in the picture). She’d only been in foster care with OPH briefly before being adopted and only been with the adopters for a day. She has no real connections up here. She’s been staying close to a house where a puppy lives, even coming up on their deck and looking in the sliding glass door, so I’m hopeful that she will eventually be found. When I told Nick I wanted him to drive me out there and sit in the dark (and rain) last night to watch for Cindee, he said, “Why would we do that?” I told him, “Because these same people at OPH would be here helping us if we lost a foster dog, or even Gracie.”

OPH volunteers are some seriously committed people. They are the crazy dog people you want on your side in a crisis. Cindee’s foster mom was up all night (in the rain) searching for her after traveling two hours to come look. I’ve had two of my fosters get loose and both times I was successful in getting them back myself, but I knew if I hadn’t there was an army of help at my beck and call.

There are OPH volunteers searching for Cindee nonstop – watching the bait stations, the houses where she has been spotted, and preparing to set a trap tonight. They are plotting out her movements based on reported sightings and looking for a travel pattern. They created flyers and have passed them out in the surrounding areas, papered Facebook with them, and are brainstorming other ways to find her. When OPH rescues a dog, we rescue a dog for life.

I always tell adopters that they are part of the OPH family now, and to reach out to us for anything; because that’s exactly what these dogs are to us—family, and we will do just about anything for family.

Thanks for reading. And locals, if you see a loose dog that looks like Cindee, don’t chase after her. Follow her as best you can and contact me, OPH, or the number on that flyer.

I plan to post again on Thursday to introduce my newest (and most adorable) foster, Punkin’ 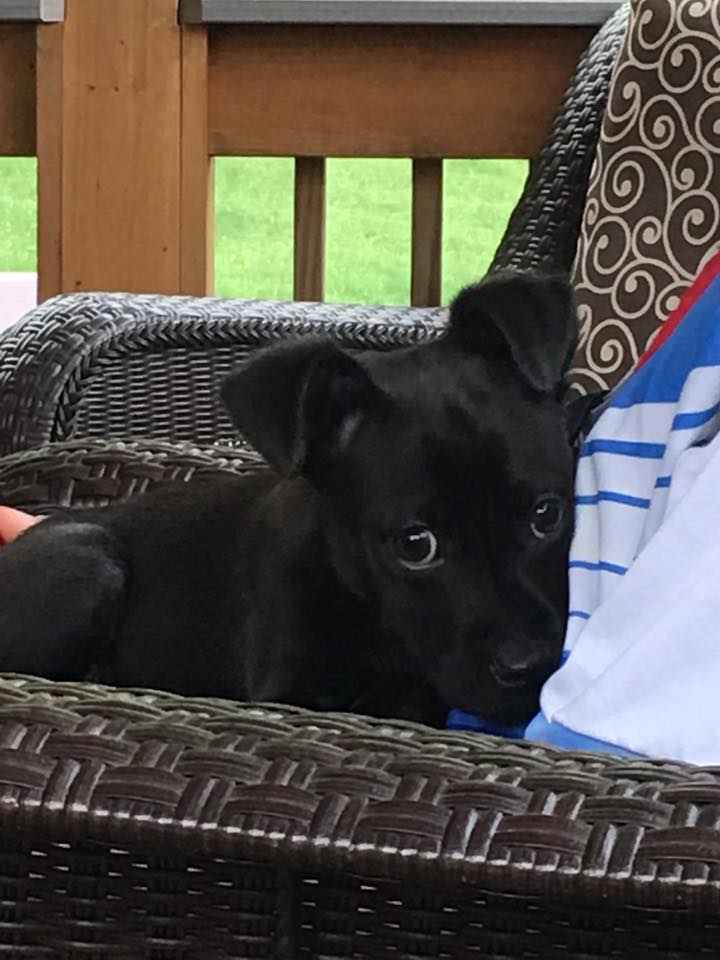 Plus share updates on the brown dogs who are still in residence and don’t appear to be leaving any time soon. 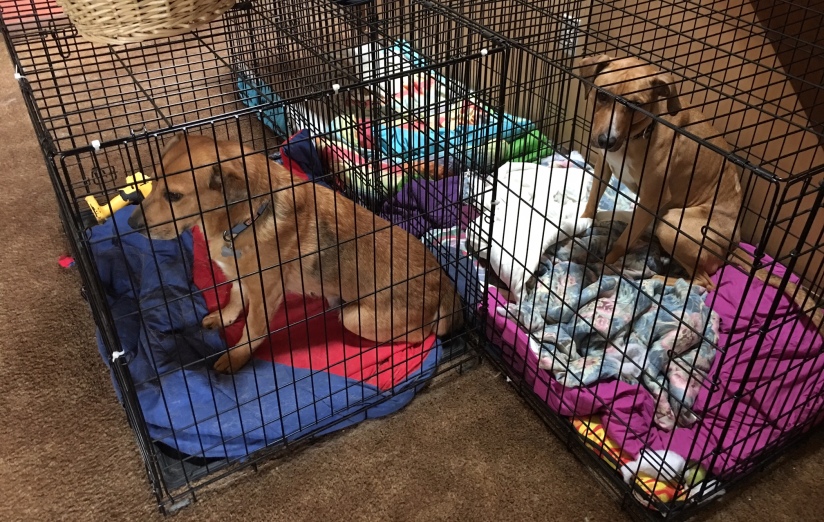 If you’d like to know more about OPH and how you can get involved as a volunteer, foster home, or to adopt a fabulous rescue dog, go to OPHRescue.org.

If you’d like more regular updates on my foster dogs past and present, join the Facebook group, Another Good Dog.

If you’d like to know more about my books and blogs, visit CaraWrites.com.

9 thoughts on “Missing Dog, My Drug Problem, and the Power of Family”