Oreo went to his first adoption event on Sunday. At a jewelry store!

Nelson Coleman Jewelers in Towson, MD featured OPH dogs in their holiday catalog. The pictures are gorgeous (and so are the dogs!). To celebrate, they hosted an adoption event on Sunday.

Oreo was pretty nervous at first—hair raised, clinging to me, but after he realized all that was expected of him was to sit calmly while people loved on him, he did great. He’s such a gentle, well-mannered giant, I forget that he hasn’t seen very much in his four years besides the rural countryside and the inside of a shelter. 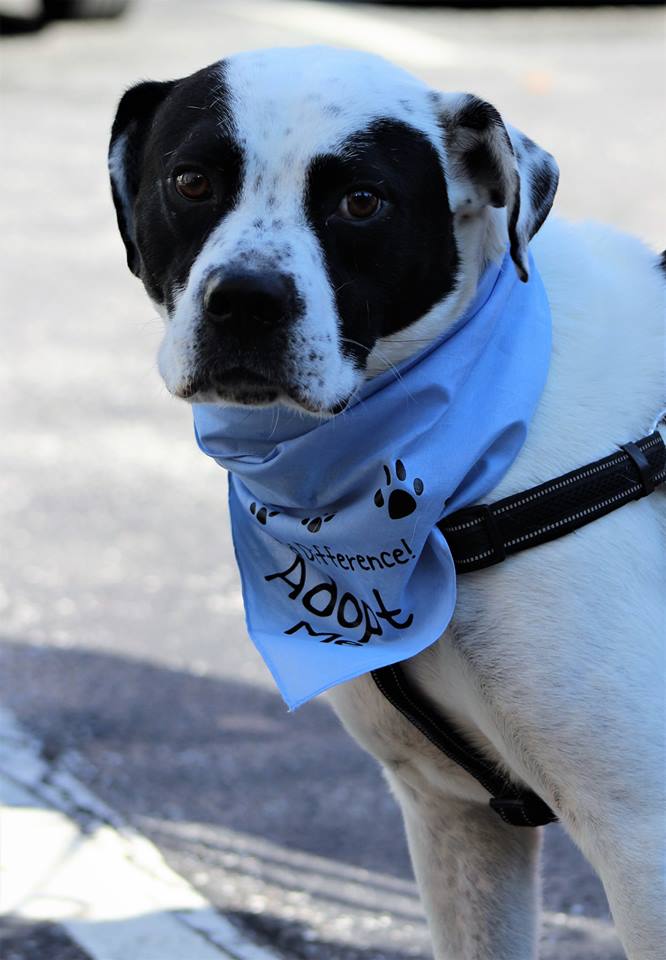 Which is what makes him so remarkable. For all he’s been through and the many, many ways that people have let him down, it amazes me that he’s still a lover. He is a hugger—leaning into the people he meets, climbing into laps, curling up beside me whenever I sit down. There aren’t many dogs who could spend a year in an animal shelter, be adopted out and returned (twice), and still keep their faith in humanity.

I feel strongly that there was a reason I met Oreo on my book tour. Of the hundreds and hundreds of dogs I met, he stood out. OPH and I had to battle many barriers to bring him north. His size and his age and his (assumed) breed caused him to fall outside the parameters of the kind of dogs we pull.

And even after we got past that, Hurricane Florence forced his evacuation of the Anson shelter to Columbia, SC, where the shelter employees told us not only was he now heartworm positive, but he was a ‘dangerous dog’. (He was evaluated two hours after being evacuated in the raging storm from a shelter where the roof had fallen in.)

Another rescue stepped in to save the Anson dogs, they swooped into Columbia and took every dog but two – you can guess which dog they left.

Even if I could convince OPH to take this ‘dangerous dog’, finding him transport proved impossible and the shelter told us they couldn’t get him ready in time to meet the transport even if we could arrange it because their vet had ‘fallen and broken her leg.’

At some point all the excuses became motivation for me. Too many forces in Columbia, SC were lining up to kill this dog and I couldn’t let them. OPH would treat heartworm, but they won’t knowingly bring up a dangerous dog, so I volunteered to foster Oreo and agreed that I would take this ‘dangerous dog’ into my home for the duration.

I couldn’t reconcile all that I was hearing with the dog I had met back in August. The dog with the sad, sad eyes who leaned against the kennel fence and reached his paw for my hand. The quiet dog who was starved for human contact.

I talked to several people in North Carolina who had firsthand knowledge of Oreo and had known him in the long year he’d been in shelter care at Anson. No one recognized this new Oreo that Columbia Animal Services was so certain should be euthanized.

Finally, a volunteer from a different shelter said she could bring Oreo north. We made plans to meet her transport as it passed by on Route 95.

And then I worried. What if I was wrong? What if the stress of shelter life, the relocation, the crowded, chaotic situation had finally broken this beautiful dog? I told Nick that this was either going to be our ‘biggest rescue or our biggest nightmare.”

Turns out it was our best rescue.

We love this dog. All of us.

Along with everyone who meets him.

Kid after kid hugged Oreo at the event on Sunday. He leaned against every adult who stopped to meet him. One family of kids began a campaign to adopt him. Begging their parents who had come to the jewelry store unaware there would be adoptable dogs underfoot.

Oreo is special. I’ve never been through so much to save a dog.

If you’ve read this blog regularly, you know I’m a softie who believes in jinxes and miracles and magic. There’s a reason I met Oreo. I can’t bear to think about what would have happened to him if I hadn’t.

I’m can’t wait to meet his people. I hope they will finally give him the quiet, happy life he deserves. I hope they will take him for long hikes and cuddle with him on the couch. I hope they won’t leave him alone for long periods – he’s already wasted years all alone behind fences or on the loose, and all he really wants in this world is to be with his people. 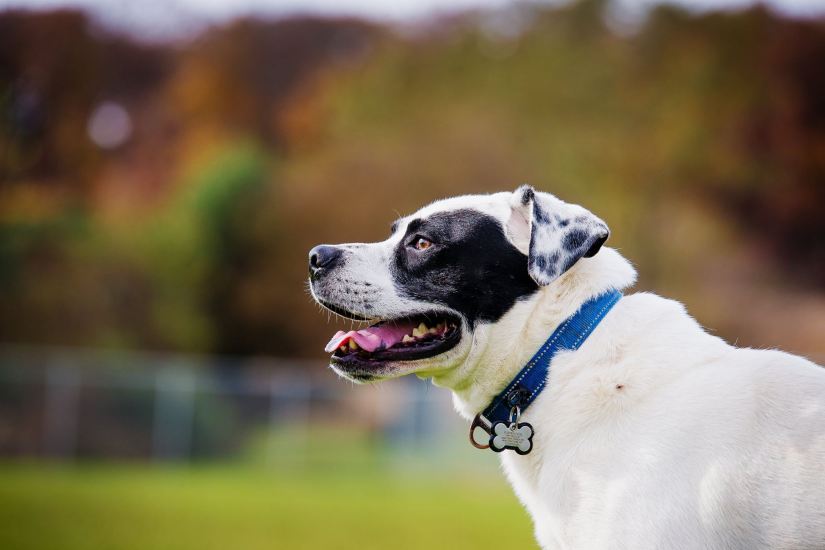 I think Oreo would be an amazing therapy dog. Or a best friend for someone who needs one. And I really hope the lucky people who finally adopt this dog will stay in touch. Oreo may not be ‘my dog’ but he will always be my dog.

The puppies have entered their last week with me! We had our well visit yesterday! I’ll post about that adventure later in the week.

If you’d like to know more about my blogs and books, visit CaraWrites.com or subscribe to my monthly e-newsletter (which is rarely monthly, but I’m working at it…everybody needs a goal).

If you’d like to know more about the book, Another Good Dog: One Family and Fifty Foster Dogs, check AnotherGoodDog.org, where you can find more pictures of the dogs from the book (and some of their happily-ever-after stories), information on fostering, the schedule of signings, and what you can do right now to help shelter animals!

If you’d like to know how you can volunteer, foster, adopt or donate with OPH, click here. And if you’d like more pictures and videos of my foster dogs past and present, be sure to join the Another Good Dog facebook group. 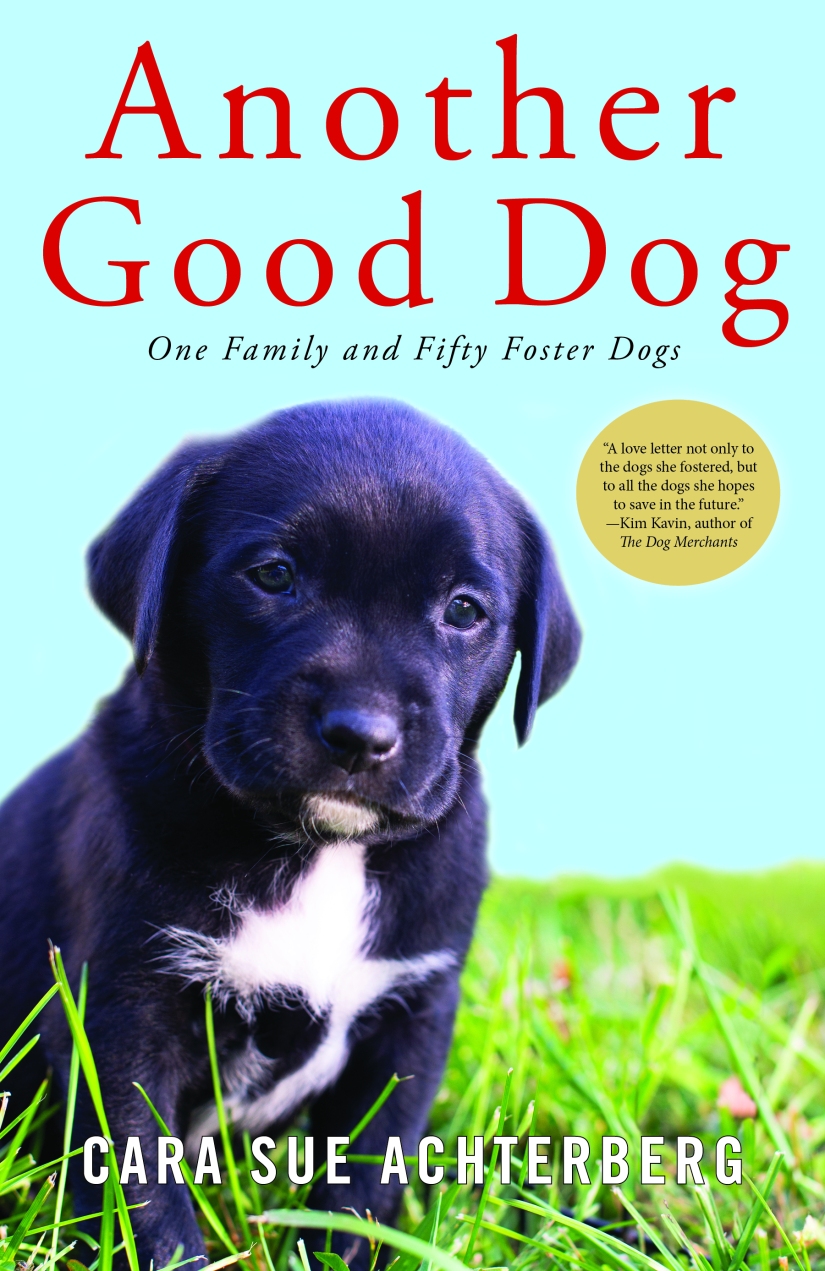