Estelle went home on Friday. We all miss that happy little girl with the funny ears, quirky ways, and incredibly sweet nature. Now she gets to be the puppy she was meant to be instead of spending a lifetime having more puppies.

I looked over her paperwork, finally, in preparation for her leaving and saw that she was only ten months old when she arrived here, a puppy with a belly full of puppies. 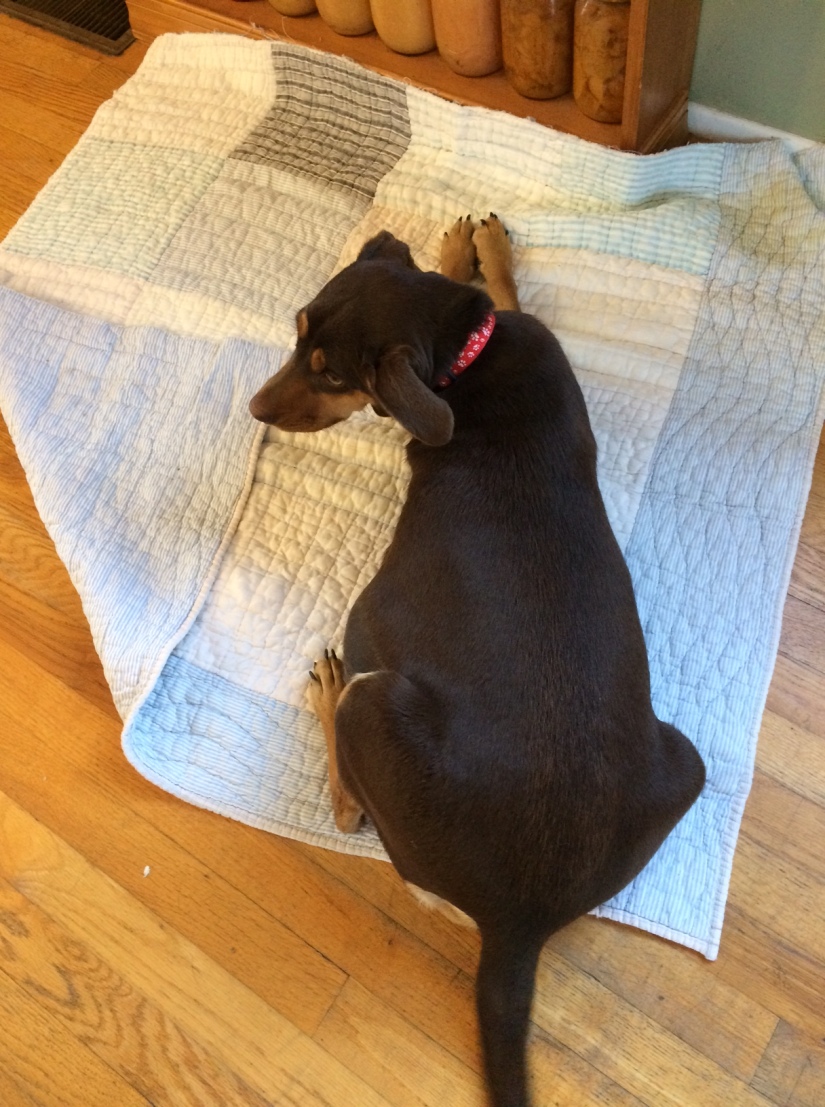 While she came from dreadful circumstances, oh what a happy ending. Her new forever family has already fallen in love with her. She’s on a trial adoption because the adopters have cats, but her mom messaged me this weekend and said, “I don’t think I’ve ever loved a dog so much. I will never give her up unless she eats a cat, and then it depends on which one.” I’m confident that Estelle won’t eat a cat. Neither of my cats ever took her threats seriously and it was never about doing harm, it was about inviting them to play. 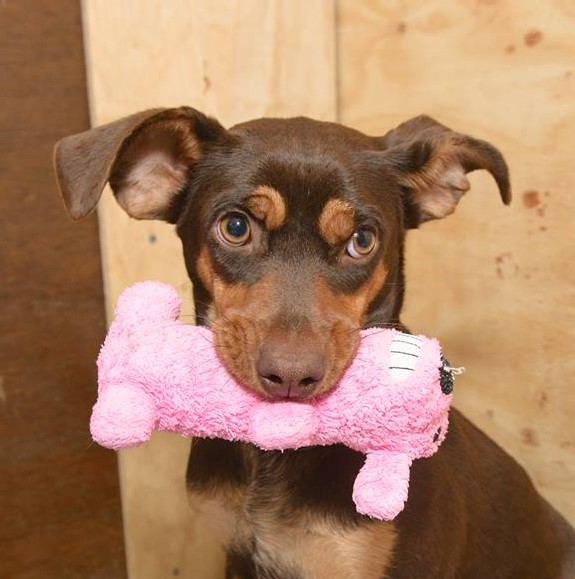 Estelle could have so easily led the life that Darlin’ has. Darlin’ is six years old. In those six years, she may have delivered ten litters and if she was living outside, as her behavior indicates, that’s not unrealistic. 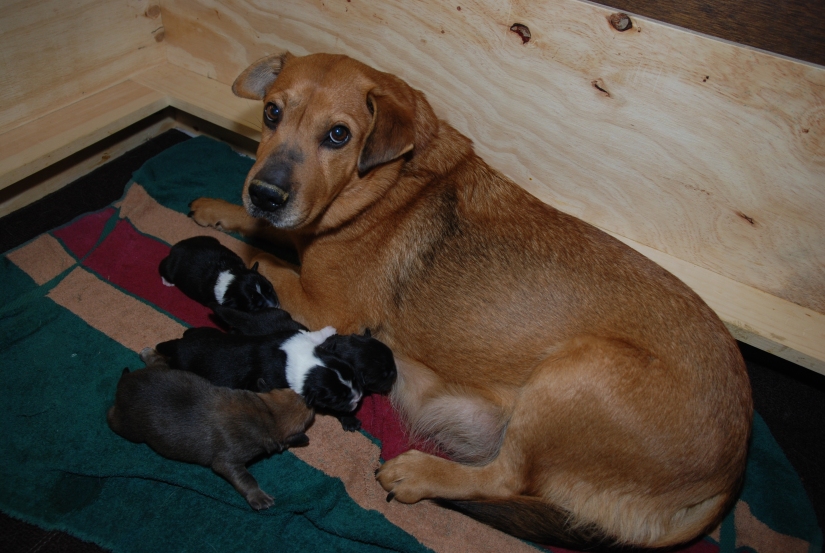 Thankfully, these are Darlin’s last puppies. Somehow she dodged the heartworm bullet, so if all goes as planned, she’ll be spayed in about 9 or 10 weeks and have a shot at happy, puppy-free life.

I’d like to tell you about another OPH Mama Dog named Lemonade. Like Estelle, she’s a teenage mom, only a year old. I’ve never met Lemonade, although I’d like to because she seems exactly my kind of dog – energetic, happy, busy, with a huge heart. Lemonade is fostered in Virginia with another foster mama named Val.

Lemonade came to OPH after she was found tied on a chain with her six one-week old puppies crawling in the dirt around her. By the time rescuers arrived to remove her, she had lost two of her pups. Lemonade was extremely malnourished, but her surviving puppies were fat and strong. 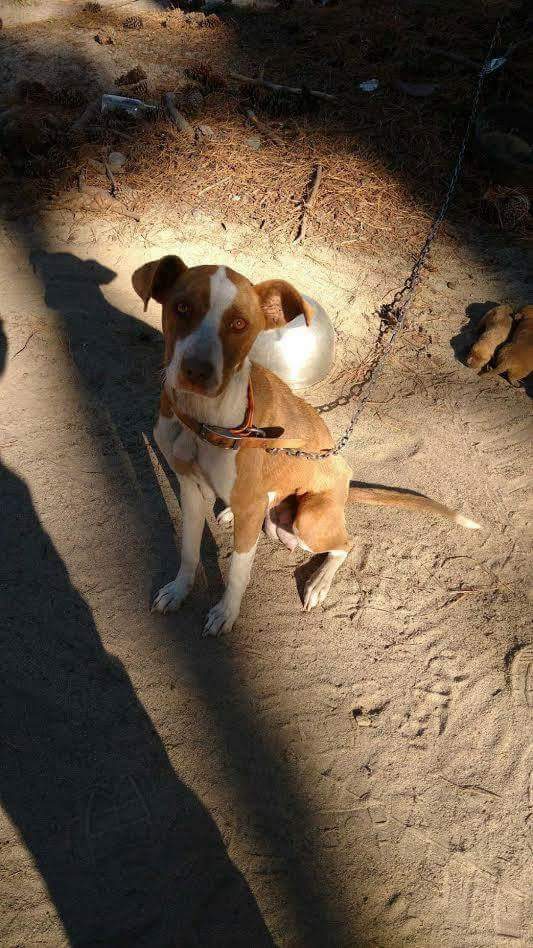 Lemonade and her pups went to Val’s where they thrived and grew into sturdy, healthy little pups and Lemonade gained weight and strength and happiness. 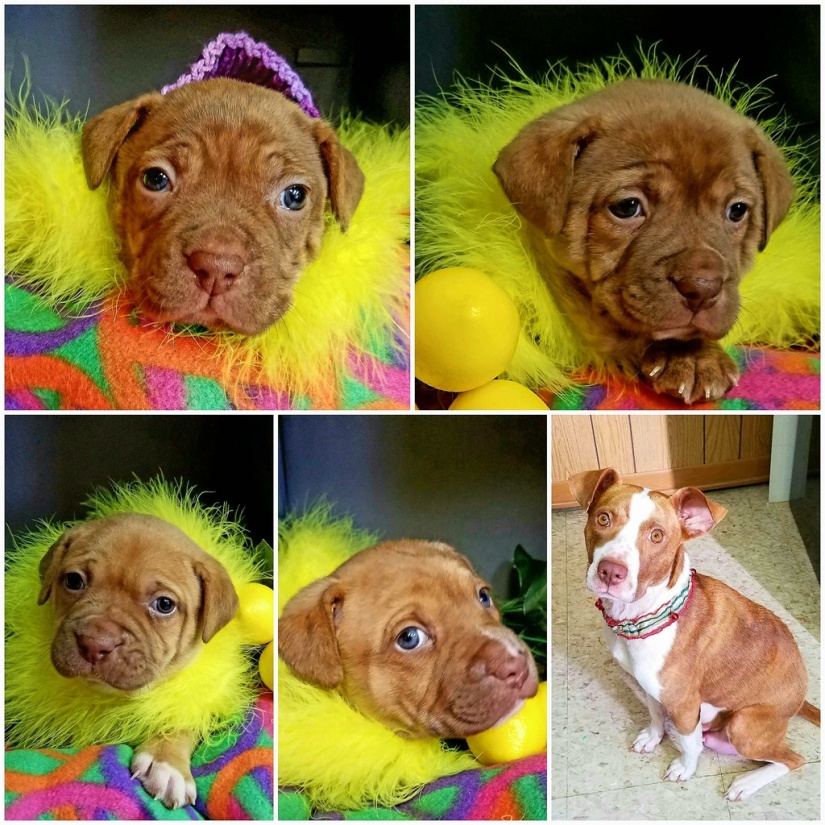 When Lemonade’s four little pups were six-weeks old, OPH got a plea to rescue five lab puppies whose mother had died giving birth. While it’s not something the rescue would normally do (the orphaned pups were not coming from a shelter, but a home, so the risk of parvo wasn’t as large), Val offered to see if Lemonade might be able to nurse the orphaned pups. She had lots of milk still and was in the process of weaning her own pups. Lemonade didn’t hesitate to share herself with the orphaned pups. The pups needed Val’s help to figure out how to nurse as they’d only been bottle fed, but soon they were thriving with Lemonade who nurtured and fed them like her own pups.

Now, all the puppies from both litters have been weaned and adopted. Only Lemonade is left still waiting for her happy ending. 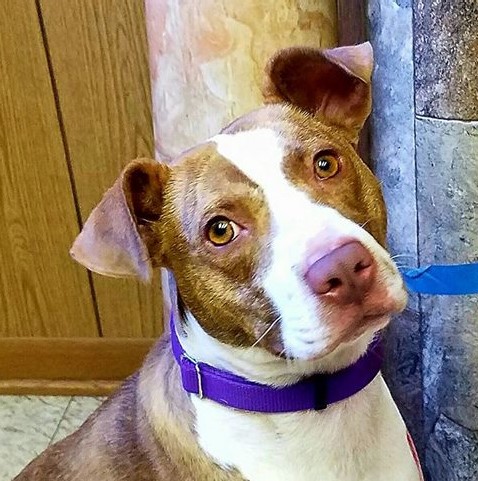 I’ve followed this story as it has unfolded, again and again amazed by it. Lemonade’s big heart is an example to all of us. She started out life not so well treated, chained and abandoned, and yet she holds no grudges, in fact, she still offered all of herself to save the orphaned pups. This fun, energetic, incredibly generous girl deserves the best home, so I have my fingers crossed. Please cross yours, too. And if you know of anyone looking for a really special pup—tell them about Lemonade.

To learn more about Lemonade or apply to adopt, click here.

Thanks for reading. If you’d like more updates on foster dogs past and present, and entirely too many puppy pictures, join the Another Good Dog facebook group. If you’d like to know more about my writing, I’d be honored if you stopped CaraWrites.com or signed up for my newsletter.

15 thoughts on “The Tale of Three Mama Dogs”