This time I really thought I’d seen the last of Gala.

That was my thought, anyway, as I watched her disappear through the woods in pursuit of a herd of deer. She was headed in the general direction of Maryland, and I was pretty sure she would make it.

We were about a mile and a half away from home on our regular run when the deer appeared. Gala did what she usually does – leapt in the air after them.

Because we run with the Easy Walk harness, this usually means that as she reaches the end of her lead, the harness forces her to do a lovely pirouette in midair and land facing me again.

This is the point where I say, “Leave it,” in my firm, take-no-prisoners voice, and then she does not leave it. Most days it takes three or four pirouettes and reminders before she gives up and simply prances for a quarter mile or so.

On Friday, she had done about four pirouettes, when she went airborne for a fifth. This time, though, when she landed, the leash inexplicably unhooked and she was gone like a flash. I was left, yelling her name in vain, holding the empty leash. I looked at the leash end wondering how on earth she’d broken it. It looked fine; completely intact. WTF?

Somehow, and heaven knows it could only happen with Gala, she had twisted just right and forced the leash to release. This was a brand new leash. Because Gala has been steadily chewing through every leash I own, I’d just gotten a nice package of brand new leashes from OPH. This sturdy pink lead had a rubber gripper and I thought that would be a nice change from running with the leash that has three knots tied in it where Gala had gnawed partway through the nylon. When I’d clipped it on her that morning, I noticed the different type of snap, but thought nothing of it; I was just happy to have a better leash to run with.

I ran after Gala for a few hundred yards, but the brush in the woods got very thick and in only minutes there was no sight or sound of her. I trooped back to the road to get a better cell signal and called Chris, another local foster with OPH. I told her what happened and she got on the horn to OPH Lost dogs contingency and posted Gala’s picture on the local Facebook pages.

I tried to call my college age son to come get me, but he can sleep through anything, so after four attempts, I gave up and called a neighbor. Next, I pulled up the site, Next Door, on my phone and posted about Gala.

Next Door is a micro social media site specific to your immediate area. It’s great for letting neighbors know about emergencies, road closures, suspicious book salesmen knocking on doors, or for selling/giving away unwanted items and finding house-sitters, but it’s also excellent for finding lost dogs.

After I posted a description and my best guess for Gala’s wearabouts, I sprinted towards home. My neighbor picked me up about a half mile from my house and drove me the rest of the way. I grabbed a better leash and a package of hot dogs, and jumped in my car.

For the next hour, I drove around calling her, and driving up the long gravel driveways of my few and far between neighbors, leaving notes and numbers everywhere. My phone buzzed with a text from Donna, a woman who had seen my post on Next Door and asked which roads I was canvassing. She was out looking for her dog (a litte white westie, if you’re a local keep your eye out), as she does daily, for the past three months since he went missing. She said she’d drive the roads and look for Gala, so I zoomed home to get warmer clothes, my hiking shoes, and my son.

Brady and I were gathering essentials, when Donna called to say she’d spotted Gala. She was on the road,  a mile or so away, following our running route, headed towards home. Donna said she’d follow her, and Brady and I jumped in the car. We were almost to where Donna and Gala were, when a man on foot scared her and she reversed course and sprinted east towards Stewartstown. Donna stayed with her and when Gala darted in a driveway, she drove past the driveway, turned around and effectively blocked the road with her van. When Gala emerged from the driveway she was forced to reverse directions again and head back towards us. I stopped the car and Brady jumped out.

Gala was running full speed at us and I could see the terror in her eyes. Her tail was tucked between her legs and it was clear that she was running blind as she zipped past Brady. I jumped out of the car and crouched down in the road. I clapped my hands and called her. She was probably a hundred feet away from us by then, but she stopped and looked back. She froze and I patted the ground and kept calling her, using my puppy voice and smiling at her. The moment she realized it was me, relief flooded her face and she bounded back towards me, practically bowling me over in happiness before leaping into the car.

Donna pulled up in her van and I thanked her and told her I looked for her dog every day on my runs. We were both teary and so relieved.

As another friend said who stopped by to see the puppies (puppies???!) that weekend, Gala seems to have nine lives, but she’s burning through them quickly. 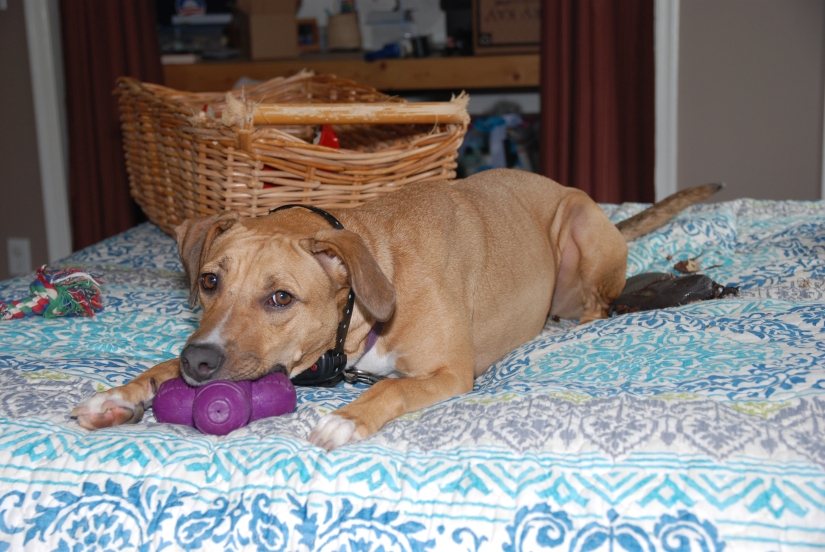 Here’s a few things I learned on Friday in the two hours that Gala was missing: 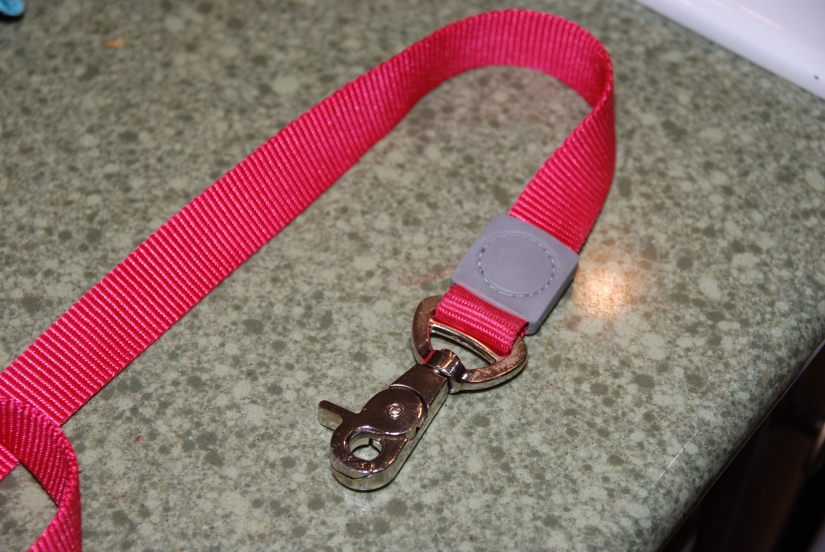 That’s this week’s Gala saga, so now I’ll tell you real quick about the Pepper Puppers!

They arrived last Saturday and are gorgeous Catahoula Leopard Dog mixes. Jalapeno, Chili, Habanero, Poblano, Cayenne, and Sweet Bell are incredibly snuggly little pups who would like you to hold them all the day long.

They are approximately three months old, but that’s optimistic as they act and look younger than that. Their teeth aren’t nearly as big as the Highway Pups who were also billed as 3-month-olds.

Their colorings are amazing and several have light-colored eyes. Poblano, the boy pup has crystal blue eyes. The rest are girls. Cayenne has one brown and one blue eye. Several have the traditional Catahoula dark patches, and two have partially pink noses. Sweet Bell is Weimaraner-colored and leggy.

They are quarantined for the rest of the week to be certain they are healthy and not carrying anything contagious from North Carolina. This means they’re trapped in my puppy room. They clamor for the fence at any sign of people. They all LOVE people. Anyone local who’d like to come snuggle a puppy, please let me know. They are happiest in someone’s arms, and I only have two.

We’re getting to know them and I’ll write more about their individual personalities in the next post. Thanks to Nancy Slattery for these close ups: 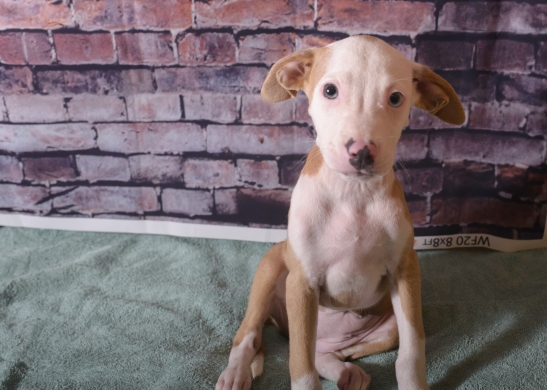 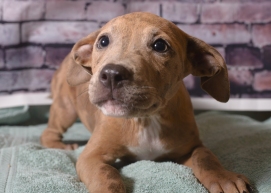 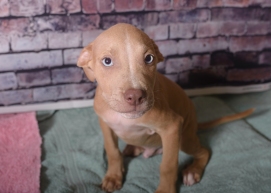 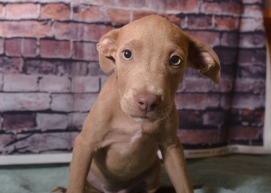 If you’d like to know more about OPH, volunteering, fostering, donating or adopting a Pepper Pupper (or Gala!), click here.

If you’d like to know more about my books and blogs, visit CaraWrites.com.

If you still need tickets for Bark, Wag, and Wine, click here. (and let me know if you’re coming so I can look for you!)