Today is the RELEASE DAY for 100 Dogs & Counting. 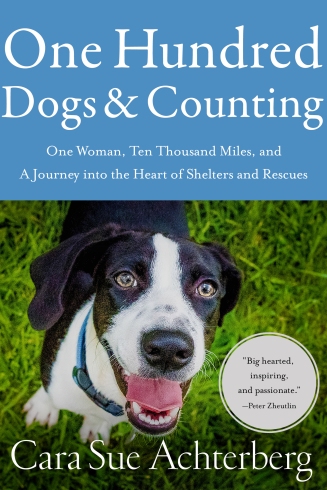 With all the hoopla and hope, I almost didn’t post to this blog. END_OF_DOCUMENT_TOKEN_TO_BE_REPLACED

This time adoption day was a little weird for me. After all the puppies were adopted….. 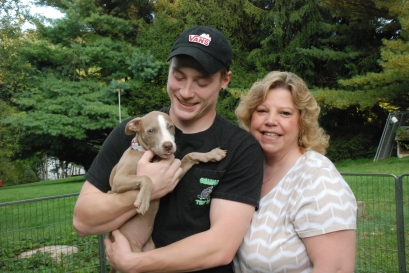 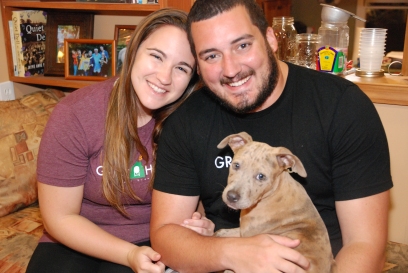 Instead of cleaning out the puppy room, putting my feet up and opening a bottle of wine…. END_OF_DOCUMENT_TOKEN_TO_BE_REPLACED

It’s not that I haven’t loved the ninety-four that came before him, but this guy seems to belong here. As my husband would say, “He ticks all the boxes.”

He’s not gonna be huge.

He’s friendly, but not in-your-face.

He’s not a whiner. He’s happy for my attention, but doesn’t demand it.

Maybe it’s the fact that he’s grown up with five sisters, but this END_OF_DOCUMENT_TOKEN_TO_BE_REPLACED

This time I really thought I’d seen the last of Gala.

That was my thought, anyway, as I watched her disappear through the woods in pursuit of a herd of deer. She was headed in the general direction of Maryland, and I was pretty sure she would make it.

We were about a mile and a half away from home on our regular run when the deer appeared. Gala did what she usually does – leapt in the air after them.

Because we run with the Easy Walk harness, this usually means that as she reaches the end of her lead, the harness forces her to do a lovely pirouette in midair and land facing me again.

This is the point where I say, “Leave it,” in my firm, take-no-prisoners voice, and then she does not leave it. Most days it takes three or four pirouettes and reminders before she gives up and simply prances for a quarter mile or so.

On Friday, she had done about four pirouettes, when she went airborne for a fifth. This time, though, END_OF_DOCUMENT_TOKEN_TO_BE_REPLACED