We are down to just one foster.

Hard to remember when that was last the case. It leaves me wondering what I will write about on this blog. Although Mia is an incredibly interesting and entertaining dog, maybe it won’t be an issue. Just in case, I’m considering a few other ideas (and welcome yours!).

END_OF_DOCUMENT_TOKEN_TO_BE_REPLACED

You know what they say about plans?

Okay, I think that is actually assumptions.

And maybe I was naively assuming our plan would work.

It’s very hard for me to talk about my dog, Frankie.

But while I don’t talk about him, he is constantly on my heart; I see him everywhere.

Losing him and the way we lost him truly leveled me and to be honest, END_OF_DOCUMENT_TOKEN_TO_BE_REPLACED

So, I’ve made a decision. And the puppies have been very helpful in my decision-making process.

All kinds of people have been visiting, trooping into our house, sitting on a couch or floor with a puppy in their lap. For me, a solitary writer, this is a welcome break. The puppies also love it and need the socialization.

But the dogs in this house find visitors stressful. I had hoped that Oreo’s calm happy state would rub off on Frankie and Gracie, but it seems to be the reverse. As more people come to visit, Oreo is more stressed. He’s been a perfect gentleman, but it’s clear he would prefer a quieter home.

I think if the other two didn’t react to a new car in the driveway as a potential terrorist attack, he wouldn’t raise an eyebrow. Unlike my other two, I’m pretty sure Oreo would adjust to this if I asked him too, but I don’t want to ask him to.

It’s not fair to Oreo. Which has led me to this conclusion: END_OF_DOCUMENT_TOKEN_TO_BE_REPLACED

It’s hard to write about the dogs when I’m not with the dogs, but I’ll try. I’m actually in a California hotel room recovering from my brief brush with Hollywood. If you’d like to read about that adventure, you can find it on my other blog, My Life In Paragraphs. 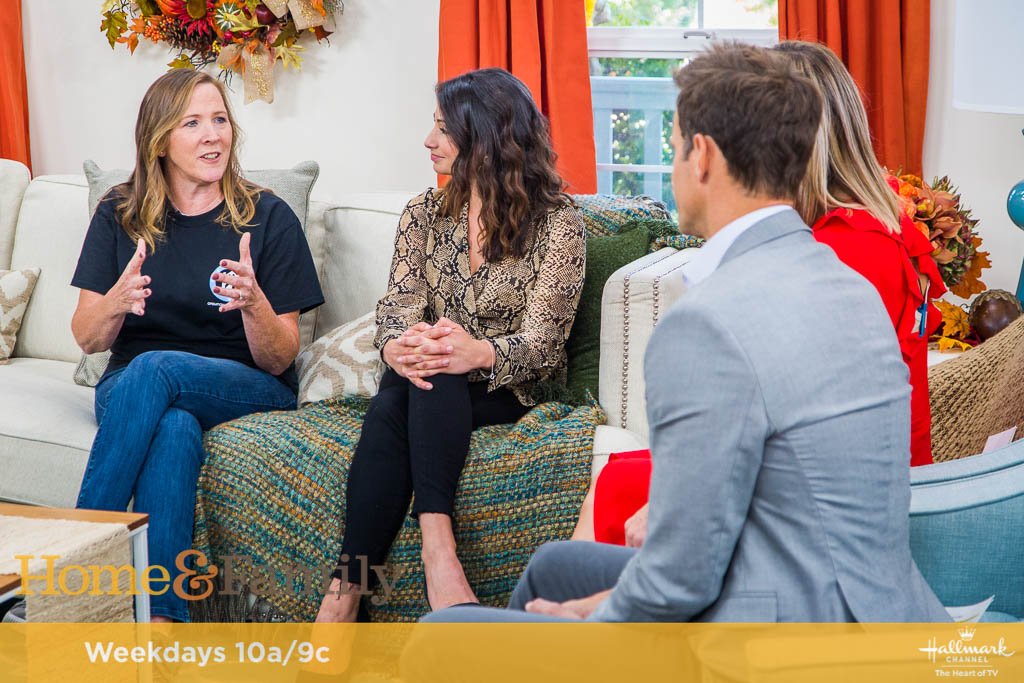 The drama continues with Oreo. END_OF_DOCUMENT_TOKEN_TO_BE_REPLACED

Over the weekend, Nick posted a Beware of Dog sign on our driveway.

He did it in response to the fact that two of our neighbors were burglarized, but he also did it because legally it’s a good idea. You should be aware of my dogs.

It’s a sign we should have posted long ago since Lucy bit the UPS guy and Gracie tried to bite the Fed Ex man (and bit me instead when I stepped between them). And now Frankie END_OF_DOCUMENT_TOKEN_TO_BE_REPLACED

You know how parents tend to overreact with their first kid? How they immediately assume the worst-case scenario so that every funny bump is cancer and every new word means their child is destined to win a Pulitzer?

This is me with Frankie.

He’s actually the second puppy I’ve ever adopted, Gracie being the first. When I adopted Gracie, though, I also had three kids at home, a traveling husband, and I was co-president of the PTO. There just wasn’t time to get all worked up over her every move. 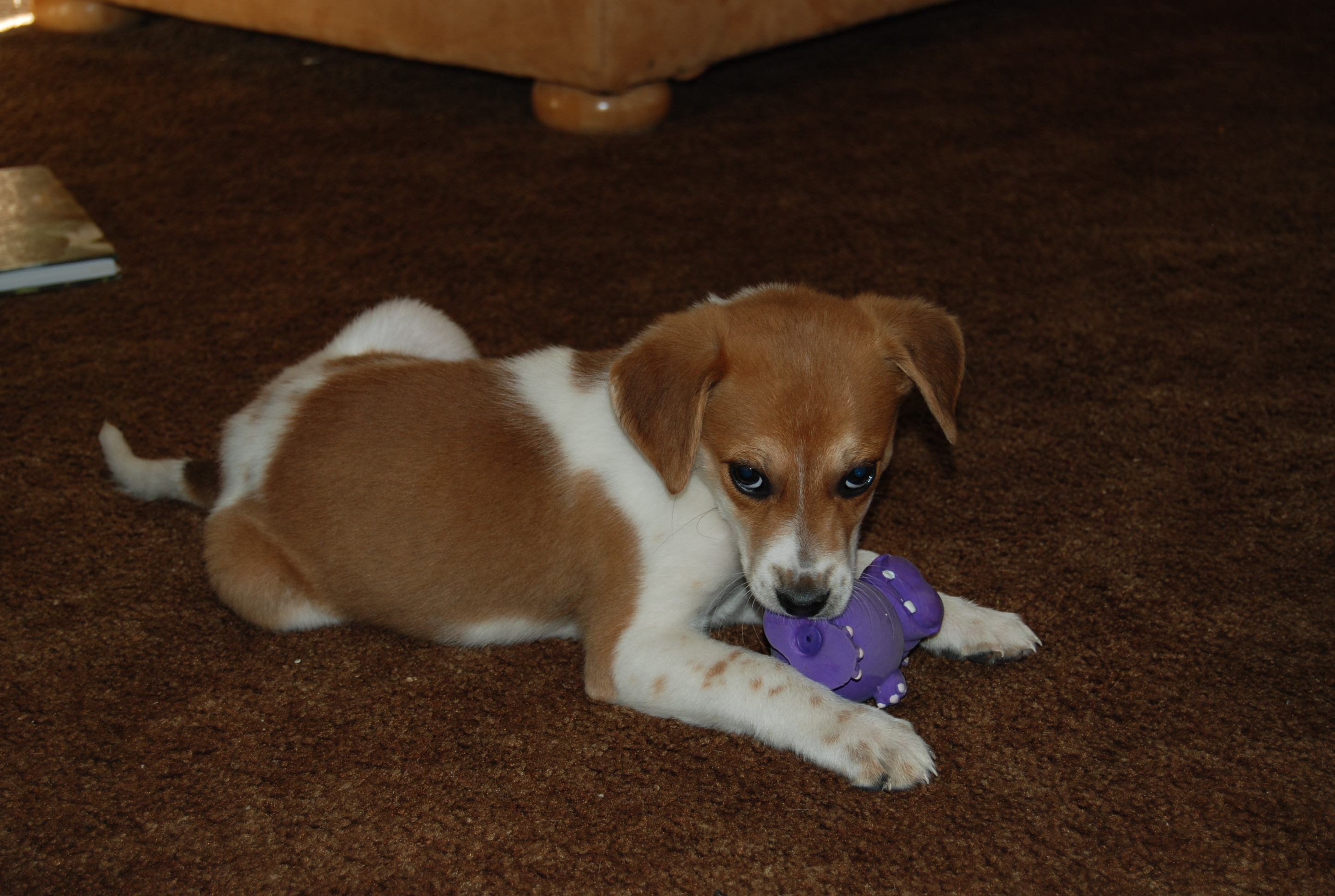 But now I only have one kid at home and he’s bigger than me and other than stocking the refrigerator (almost daily), he needs very little from me. Which gives me plenty of time to fuss over Frankie. END_OF_DOCUMENT_TOKEN_TO_BE_REPLACED

This time adoption day was a little weird for me. After all the puppies were adopted…..

Instead of cleaning out the puppy room, putting my feet up and opening a bottle of wine…. END_OF_DOCUMENT_TOKEN_TO_BE_REPLACED

It’s not that I haven’t loved the ninety-four that came before him, but this guy seems to belong here. As my husband would say, “He ticks all the boxes.”

He’s not gonna be huge.

He’s friendly, but not in-your-face.

He’s not a whiner. He’s happy for my attention, but doesn’t demand it.

Maybe it’s the fact that he’s grown up with five sisters, but this END_OF_DOCUMENT_TOKEN_TO_BE_REPLACED

I’ve been thinking a lot about Frank. He’s the first foster dog I’ve had who was returned. I feel partially responsible for that fact. I worry I didn’t present Frank as frankly as I could have. I wonder if I could have said or done something differently that would have made the situation turn out differently. Maybe, maybe not. I do believe that there are courses we are all on and we must follow them. So maybe Frank moving to Virginia and then back a week later was a lesson for me, for his adopters, and probably for Frank.

Since he moved back in, Frank has been my daily joy, showering me with his devoted affection and constant company, but he has also had a few episodes that illustrate why he wasn’t such a great fit in Virginia.

This morning, I separated him from the other dogs so that everyone could eat in peace. Frank has a habit of sampling everyone else’s food when it’s served and Gracie and Tenn are not sharers, plus Tex can’t afford to miss a meal. So Frank was left alone in the living room with his bowl. I was nearby, folding laundry.

Frank did not eat. Instead, he grew frantic running between me, the gate into the kitchen where he knew T&T were and the door to the porch where Gracie was. Panicked would describe the expression on his sweet face.

When he finally slowed down for a moment, he paused and peed on the dog recliner (the ugly, filthy blue recliner that we long ago stopped trying to keep the dogs off and now keep around just so they can rebel and sit on it). I was shocked! Frank hadn’t peed in our house since the first day he was here over three weeks ago. I yelled and reached for him, but he raced away and I followed him upstairs where he peed on the edge of the blanket on our bed. This time I yelled, but I was able to grab him. I dragged him outside, and left him there while I cleaned up his mess. He whined at the door, but I didn’t let him in until I’d located his male dog wrap and securely fastened it around him. There would be no more peeing in my house.

As soon as Frank was reunited with the other dogs, he relaxed. He spent a half hour wrestling on his humongous bed with Tennessee, his favorite playmate and his biggest advisory. END_OF_DOCUMENT_TOKEN_TO_BE_REPLACED