Health is sacred. We are all realizing this as we struggle together against a virus we can’t see.

I’m also realizing this as I care for our foster dogs this week. Siobhan is handling heartworm treatment beautifully so far, but I will not say she is out of the woods because I am still learning the hard way that we cannot take anything for granted when it comes to these amazing, yet fragile animals. 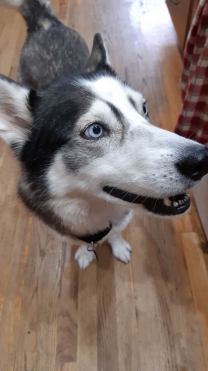 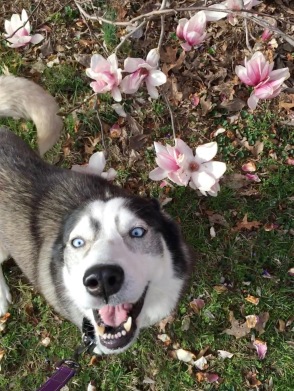 We lost one of our puppies on Sunday night. Ever since last Thursday, things have been tough in the puppy pen. Every litter we bring up from the shelters comes with mysteries hidden inside those beautiful faces. Mia quite definitely didn’t have any quality prenatal care. Abandoned because she was pregnant or abandoned and then becoming pregnant, I’ll never know. What I do know is that she is not in the best of health. She is bony and angular where she should be round and plump. Her ribs seem almost swollen, but I’m pretty sure it’s a body full of worms creating that illusion. She is always hungry and eats all day long, never getting her fill no matter how often I feed her. 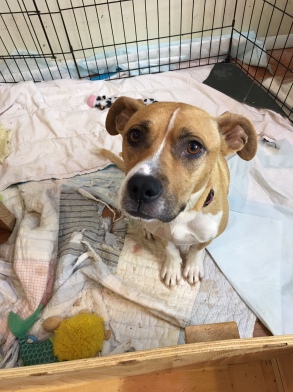 She doesn’t have the huge swollen teats of every other mama dog I’ve fostered, it has never seemed as though the milk supply is enough. Add to that there are only 8 teats for ten puppies, so someone was always being short changed. Those were the factors I attributed for that fact for two weeks although the puppies grew steadily, they never became butterballs like most my litters.

It was Usnavi who first started to fade. His weight began going down instead of up and he seemed lethargic and confused. I began supplementing him with puppy formula. His weight held steady all weekend and he perked up, but he didn’t gain. 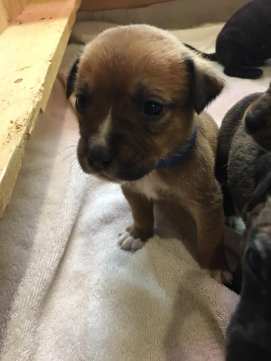 Meanwhile, Pippin began to follow his path, and then Elphaba, but neither of the girls took to the formula the way Usnavi did.

Even with the introduction of solid food, when I weighed everyone on Sunday, I discovered that seven out of ten had either not gained or lost a few ounces. I turned up the space heater in their room and tried to stay away as much as possible so that Mia would nurse. If I’m in the room, she jumps out of the box to visit me. Still the puppies seemed to deflate by the hour- wind up toys winding down.

On Sunday night, we lost Elphaba. I found her in the morning with Mia in her dog bed. She’d carried her there at some point in the night, maybe knowing she was passing, maybe trying to help. 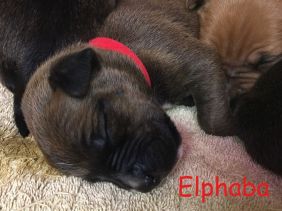 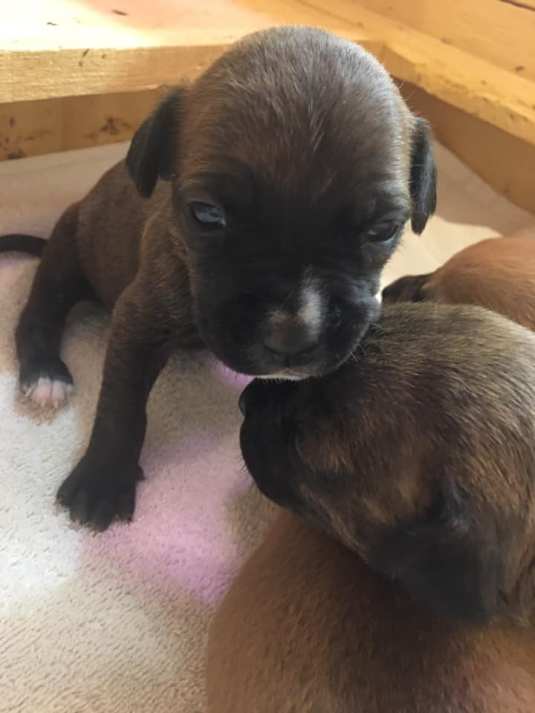 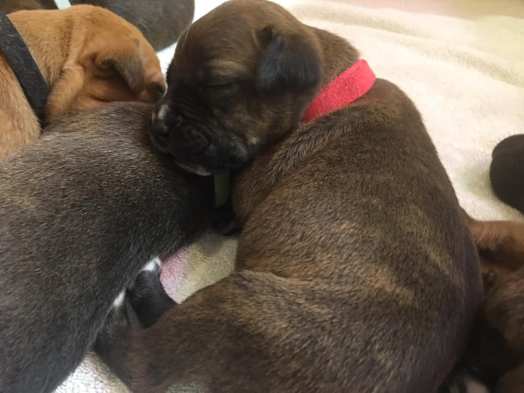 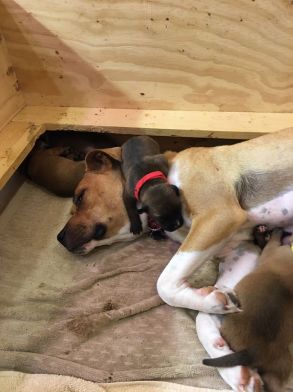 On Monday morning it was clear that Pippin was also losing her battle. My best guess was that the worms were just too pervasive. I gave them a stronger wormer early Monday morning after I discovered Elphaba. That was a few days early, but at that point, the risk seemed to outweigh the benefit of waiting.

Tracy, OPH medical director, made an appointment for the pups at the vet and yesterday afternoon I gathered stool samples and put the pups together in a crate and headed to Hanover hoping it wasn’t too late for Pippin who had continued to refuse formula.

I was grateful that I was allowed to come in with the puppies. COVID-19 protocol meant that most owners waited in their car for a vet tech to come get their dog and then return it to them.

The vet spent nearly three hours with us – examining each pup, taking temps, weighing them, checking their blood-sugars and their red blood cell count. Blood sugar was fine and no sign of parvo, thank goodness, but worms were obvious in the loss of fat/muscle along the backbones and hips. In the harsh light of the examing room they looked even worse than in my puppy room. Four-week-old puppies should not be so docile and cooperative, nor so thin. 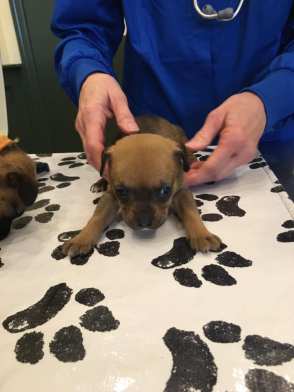 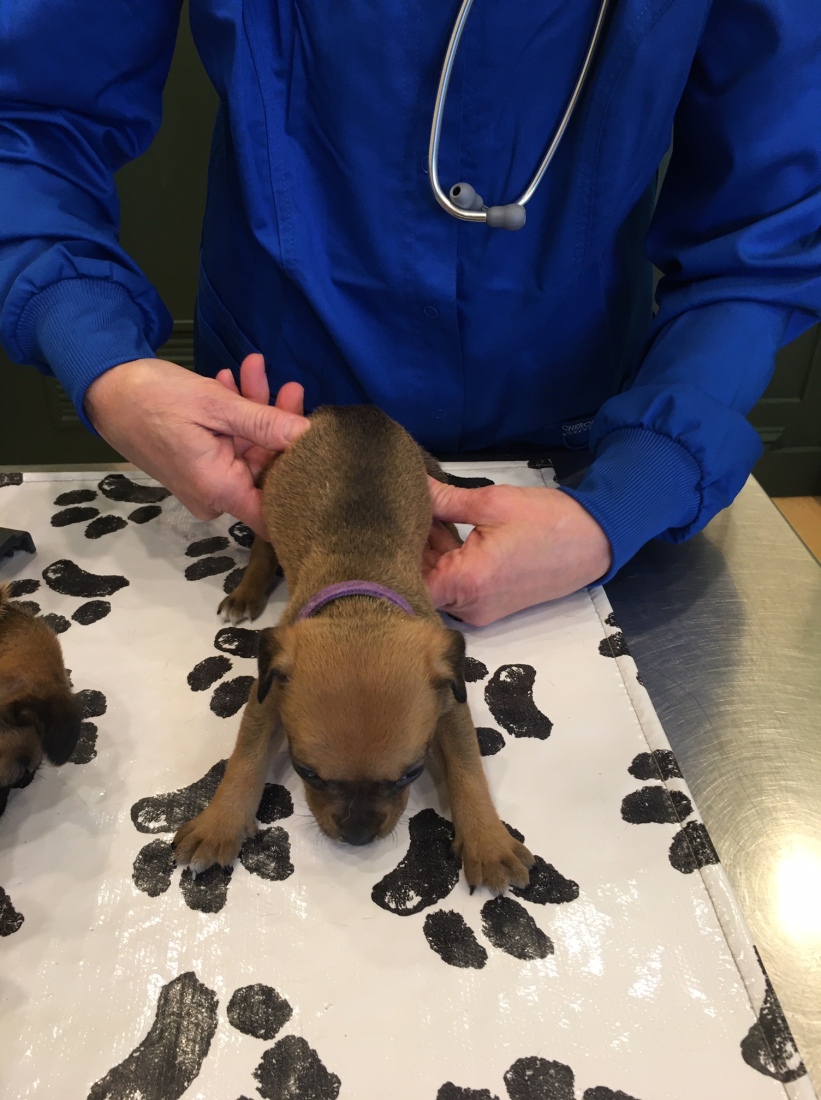 Their fecal test came back positive for hookworms – lots of them. Hookworms are awful worms that ‘hook’ themselves onto the intestinal wall and feed on the dog’s blood, causing the animal to become anemic and slowly die. In a puppy, that danger is much higher because of their fragile systems. As the worms progressed, the puppies regressed, being eaten alive from the inside out.

Red blood cell counts below 20 are cause for real concern, and anything 12 or under would normally require a blood transfusion. My pups were between 8 (Pippin) and 15 (Mr. Misto). They were too tiny for blood transfusions, never mind the astronomical expense. So, the doctor gave them each a shot of B12 and we talked about the harsh reality that the only way these pups make it is if we get them away from Mia. Otherwise we can’t break the cycle of reinfestation.

Our plan is to separate them from Mia, switch them to puppy mush (blended high quality puppy food and formula), follow an aggressive deworming schedule and give them iron supplements. Luckily, at four weeks, they are old enough (just barely) to be away from mom as long as I can convince them to eat mush.

So far, five of them seem fine with this plan – gobbling up mush, drinking water, and lapping formula. The other four require a little convincing. I have been able to get three of them to drink formula if I start them with a syringe feeding and then let them lap it out of my cupped palm.

Pippin has been the hold out. She will drink water happily – until her belly looks bloated. She refuses the formula and fights my syringe. I don’t want to inadvertently make things worse by causing her to aspirate from forcing the formula, so I have to be content with rubbing it on her gums so she will lick it off. Last night at 3am, she was finally hungry enough to drink from a bowl of formula. It was a great moment, shared only by the other puppies since the rest of the house was asleep.

This morning she tentatively tried the mush and again, drank from the bowl of formula. She doesn’t look much better physically, but hopefully her body is strong and with that nourishment and another deworming tomorrow, we can turn the tide. 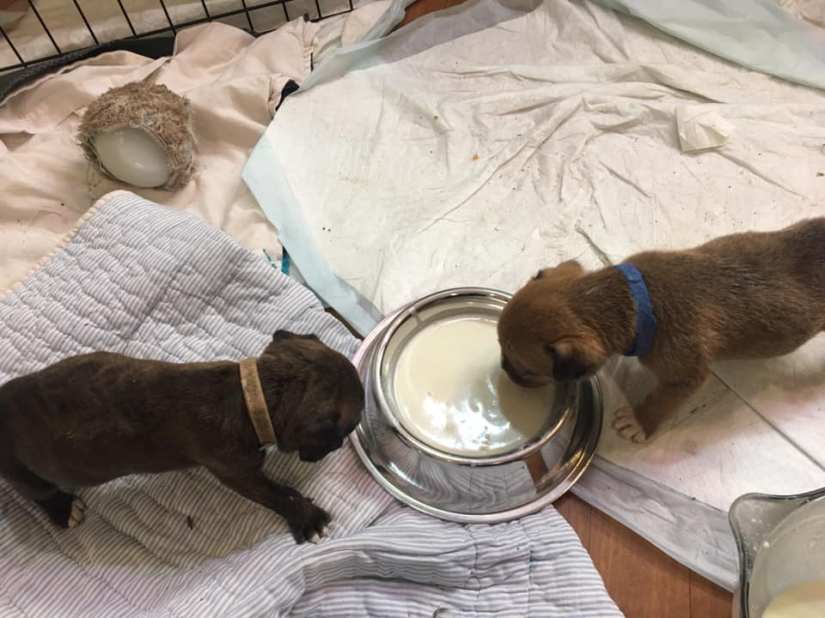 Millie, Usnavi, and Cinderella remain skinny but are starting to warm to the idea of mush and formula. Millie seems strong but is resisting the most. I’m encouraged that she skips mealtime in favor of trying to wrestle with the others and have to assume she is one of the ones draining the bowl when I leave it in the pen.

It is touch and go here. Waiting and hoping that their red blood cells will regenerate, watching for more signs of life. My world has been reduced to the puppy room and Mia. Thankfully, Ian takes care of Siobhan and Nick is giving Fanny a lot of attention and allowing her to ‘help’ him work in his home office. Gracie, as always, deals with what is dealt. She’s got guard duty trooping in and out of the house to bark at any movement on our street or the neighbor’s yard.

I know we will get through this. It’s part of rescue. I won’t even say it’s my bad luck, because it’s the reality of rescuing dogs who need rescuing. Dogs that are thrown away by humans who did not care enough to spay them or deworm them or feed them properly. People who never appreciated the huge heart and happy soul of Mia. And communities that do not support or fund a shelter that can offer basic medical care, something as simple as a dewormer.

Once again I am reminded how simple the fix is for this. There is no reason this dog and her pups should be suffering so, no reason that Elphaba should have died. So much in this world is complicated and hard, but this one’s easy. It really is.

If you’d like regular updates of all my foster dogs past and present, plus occasional dog care/training tips from OPH training, be sure to join the Facebook group, Another Good Dog. 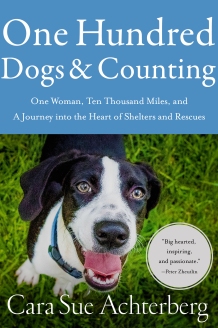 For information on me, my writing, and books, visit CaraWrites.com. I have a new book, One Hundred Dogs and Counting: One  Woman, Ten Thousand Miles, and a Journey into the Heart of Shelters and Rescues, coming out in July. If it sounds like something you’d like to read, I’d be beyond grateful if you’d consider preordering it. Preorders contribute to the success of the book, not only giving me and my publisher some peace of mind but hopefully attracting media attention.

If you can’t get enough foster dog stories, check out my book: Another Good Dog: One Family and Fifty Foster Dogs . It’s available anywhere books are sold.