Ever since our little cow puppy emerged, clearly different from the rest, it has been a magical journey.

Not only was his color different, but his hair was longer and softer, his head shaped differently and his body, well, wider is the kind way of putting it. His enormous hind feet sported six toes and he seemed to need to sleep much more than the other pups. 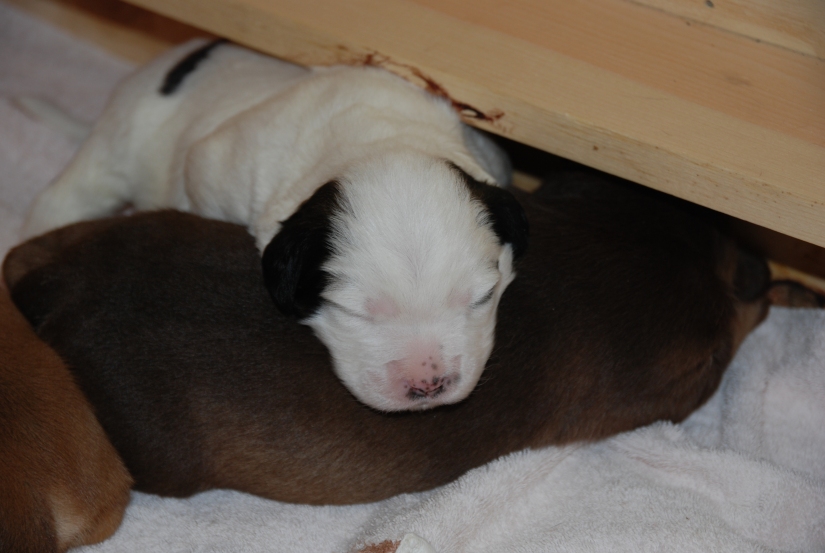 As the other puppies grew up, he grew out—flat as a pancake.

And as the others sat up and then began taking their first steps, he watched from the sidelines, pulling himself up to walrus position and straining. Any attempts to stand him up on his feet, resulted in him doing the splits – legs splayed out to his sides.

After the diagnosis of Swimmer Puppy Syndrome, all kinds of people stepped forward to help. Another OPH foster dubbed them, Team Fruitcake. These people showed up and cheered Fruitcake on as he waddled down the chutes my husband Nick built for him. 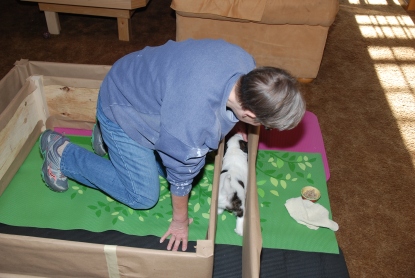 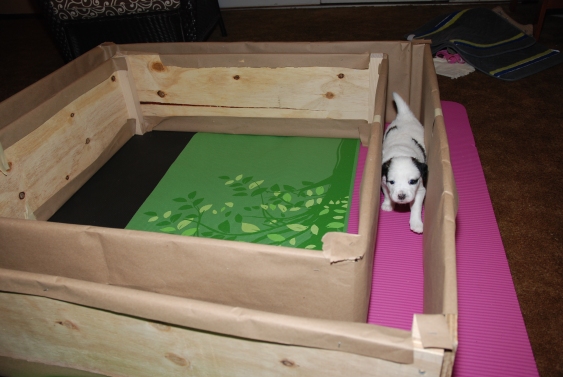 When he wasn’t in the mood for therapy, they simply cuddled him. 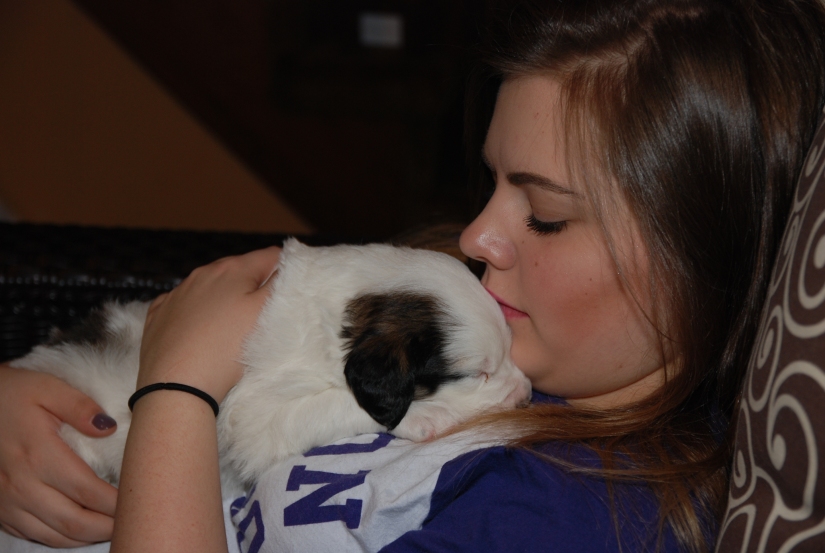 Other people donated yoga mats to give him a tacky surface in his pen so that his legs wouldn’t slip out from under him so easily. My friend, neighbor, and vet Chris stopped by to teach me how to put hobbles on Fruitcake which allowed him to stand and eventually walk without the aid of the chutes. And still others tracked his progress online and cheered from afar. 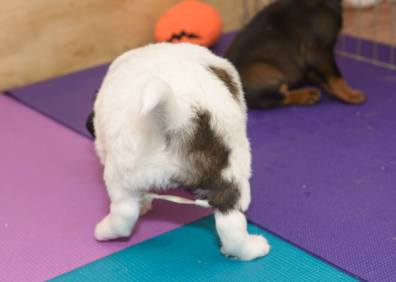 It wasn’t long before he was sitting and standing without assistance and only two weeks after we started therapy, he was waddling around the pen on his yoga mats with no assistance from his hobbles or any humans. At six weeks (two weeks earlier than typical Swimmer puppies), you wouldn’t know he’d had any issues, unless you noted his out-turned hind feet. 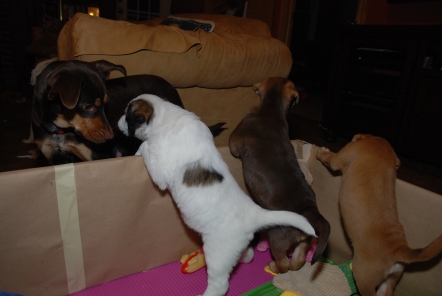 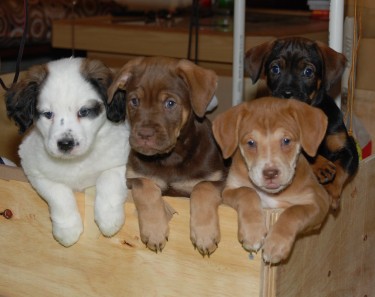 With his front limbs extra strong from pulling himself along so much, he could easily climb over the side of his playpen into the toy basket and this became his favorite hang out. 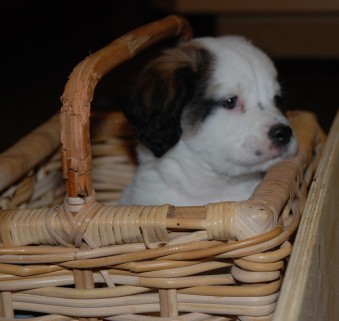 As a result of all this attention, Fruitcake grew up to be the happiest, smiliest, friendliest puppy I’ve known. I can’t help but assume it was all the loving attention her received early on.

When showered with encouragement and kindness, not just dogs, but people, thrive.

My youngest son Ian has alopecia areata, an auto immune disorder that causes his white blood cells to attack his hair follicles. Because of his alopecia, Ian has had no hair since he was four years old. He is now fourteen. When he was little, because of his bald head and lack of eyelashes and eyebrows, most people assumed he was a cancer patient. Everywhere we went, he was treated with exceptional kindness and generosity.

Ian handled his condition much better than I did. As his mom, I feared the worst and was surprised again and again. Rather than being bullied for being different, he was shown love at every turn. As a result of experiencing so much kindness, even from strangers, Ian grew up to expect the best of people. He had never wondered why people were so kind to him, and could only assume kindness was the norm. Consequently, he grew up to be a kind, sensitive kid who thinks people are naturally nice.

Years ago, I wrote an essay about Ian called The Consequences of Kindness and it was published in Chicken Soup for the Soul. With Fruitcake I’ve once again had a front row seat to witness the consequences of kindness in action.

Thank you to all the people who made up Team Fruitcake, and if I’m missing anyone, please forgive me. I know many of you were on Team Fruitcake in your hearts even if you couldn’t come meet the little guy in person. You made all the difference!

This week, Fruitcake was adopted along with his sister, Wassail (now Marley) by a delightful couple, Bill and Shelley. Fruitcake’s new name for his new life is Bodie. I think it suits.

Bill and Shelley have promised to stay in touch and send pictures and updates. I’ll share them on the Another Good Dog facebook page.

You people are the best –thanks for pitching in to help this special puppy.

Here’s a collection of my favorite Fruitcake photos. 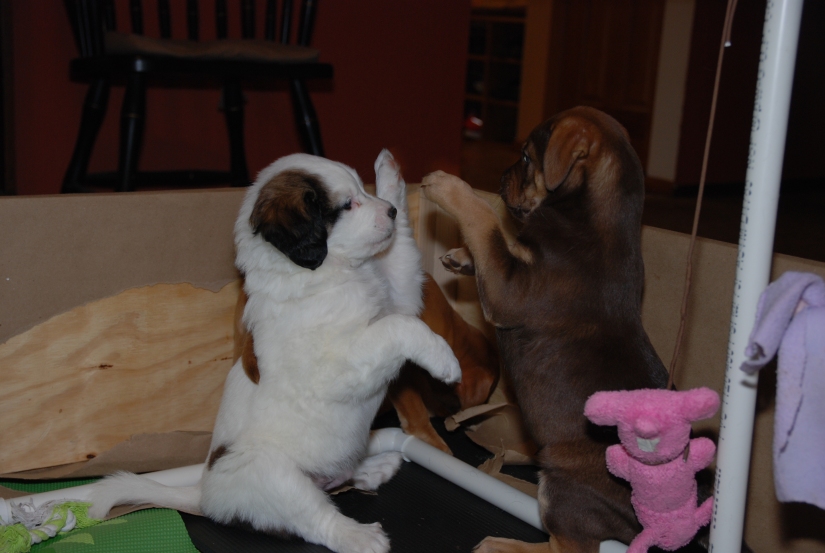 6 thoughts on “Fruitcake’s Happily Ever After Thanks to YOU”