Now that I’m back to walking (YES! MRI revealed lots of damage, but nothing to stop me from moving forward and continuing to heal on my own!) I’ve had a chance to catch up on my thinking. So much was backlogged in my brain – ideas, worries, dreams, questions, stories. Lucy and I have increased our walk time each day this week and this morning we wandered the back roads for nearly an hour.

I’m still mulling over the book Rescue Road and pondering the enormous challenges to dog rescue in the US (and in the world). I had begun to feel the same way I did when my elementary school science teacher explained how far away Pluto was – it seemed like an insurmountable distance.

My teeny, tiny part in rescuing dogs couldn’t possibly put even the idea of a dent in the problem. Probably my thoughts were colored by my inability to move without pain. But now, the world looks different. I’m ready to get back in the game. I’m ready to save some more dogs.

I’ve had my moments of frustration with Lucy these past few weeks. She has come so far – she’s no longer scratching and her beautiful tri-colored coat is coming back in, her energy levels are rising (and rising!), and her happiness quotient somehow went even higher.

My frustration springs from the fact that she is not accustomed to living indoors. It hasn’t been an easy transition. Part of me wants to put her on a line outside. She’d probably be more comfortable. That’s what she’s known. Instead, we keep her in the kitchen and walk her frequently. We reward her when she pees outside and admonish her when she pees inside.

I think she finally understands she shouldn’t pee on our floor, but this morning when she evidently couldn’t hold it a moment longer, she peed on the Frank bed. I was so angry! Why would she do this? Why? Why? Why? I took her outside and then I closed her in her crate.

But I’ve been thinking about it ever since. For Lucy, being confined in a small area is her normal. All her life, if she had to pee, she peed; and then she just lay in it because she had no other choice. I guess this morning when she could no longer hold it, she didn’t want to disappoint me by peeing on the floor where she knows she shouldn’t, so she went on the bed that she’s been spending her days napping on. Perhaps her thinking was, “I don’t mind sleeping on the pee, but she minds TERRIBLY if I pee on her floor.”

For the sixty-gazillionth time I wished dogs could talk.

Nick told me I shouldn’t write about this morning’s accident. “No one will ever adopt her,” he said. I’m hoping that’s not the case. Because she’s such a sweet girl. She’s overflowing with happy love that only makes me shake my head when I consider where she’s come from.

Lucy isn’t a puppy and she lived a long time under harsh conditions, it will take time to teach her differently. But we will get there. The fact that she is in my kitchen is a small miracle. She’s already beaten some pretty long odds. Neglect, early (and repeated) motherhood, desperation, then a skin infection and another possible pregnancy – by every count, Lucy shouldn’t be here. Any shelter, even a good one, would have put her on the euthanasia list. It was too much effort and expense for one dog who wasn’t very adoptable. Those resources could be used to save five or ten highly adoptable dogs instead.

And yet, here she is. Because someone, somewhere decided she deserved another chance. But why her and not another? These are the questions that plagued me as we walked this morning.

I have to remind myself that it hasn’t even been a month and Lucy has come so far. This morning’s accident was the first in five days. And I take part of the blame because I wasn’t paying attention. I heard her whining in the kitchen while I was hanging the laundry on the clothesline and ignored it because I thought she was just pining for me as she does so often. (She is a devoted dog.)

Fostering is not without its challenges and housetraining a dog is probably right up there at the top (at least for me). It’s a rare rescue dog who is housebroken right off transport.

Tonight we’ll pick up two more fosters. Sounds crazy and it probably is. But after the past few weeks with my injury, I need a puppy. Bad. So Oberyn, a 2-3 month old shepherd puppy is already on a transport from North Carolina headed north. 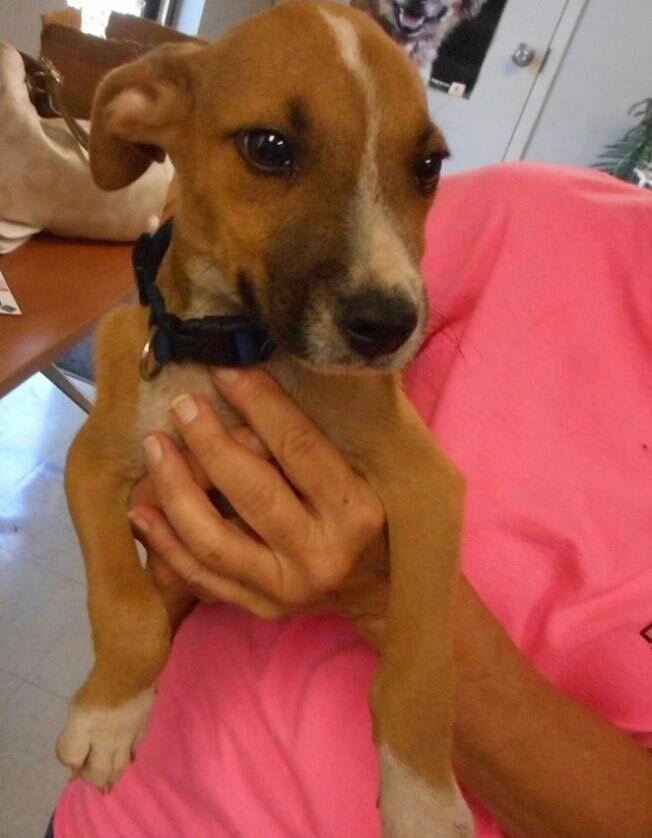 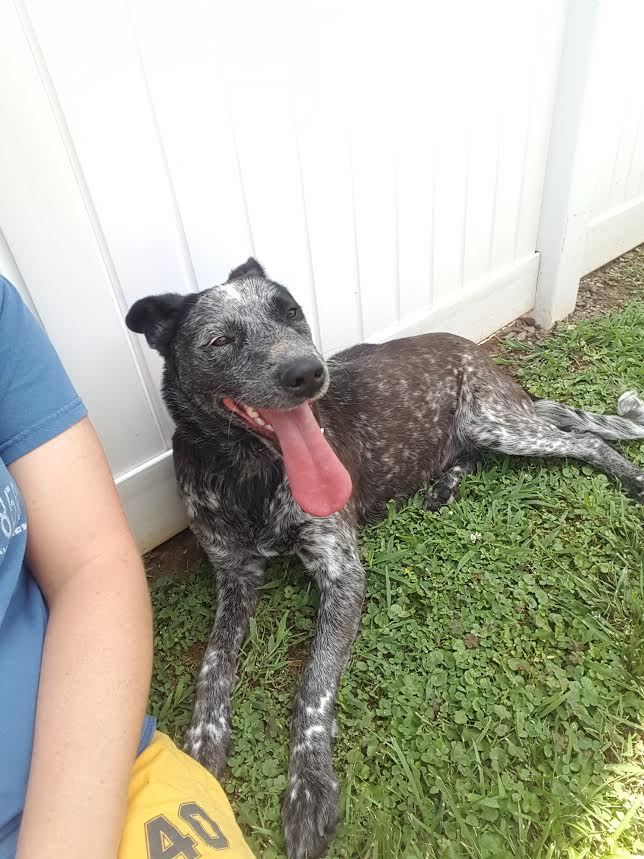 The house will be full and I will be busy. But it’s a good busy.

If you’d like to meet my darling Lucy (and Rooney), we’ll be at an  adoption event tomorrow in Abington, Maryland at the PetSmart. Fingers crossed she finds her people. She has so much love and life to give, and she’s ready to start her second chance.

NOTE: If you’d like even more of Another Good Dog, including updates on current and previous fosters, be sure to join the Another Good Dog Facebook page – we’d love to have you!