I’ve had about enough of the pee wars. Unbeknownst to you, this quiet war has been waging in my kitchen for three days. I don’t know who started it. I don’t know how it will be ‘won,’ but I’ve had entirely enough of it.

So today I armed myself. I bought a doggie diaper. I’m not sure yet which dog will be wearing it, but I’ve decided to place blame on the dog who should know better, so here she is modeling it for you:

Let me back up.

Yes, I still have Lucy.

Yes, the tomatoes are finally ripening and I’m about 60 jars behind on my canning.

And why, yes, the house is embarrassingly filthy (so only real friends are allowed inside).

And yes, my husband is 95% distracted as his garage project is not moving along as fast as he had hoped thanks to the weather so this fostering is mostly a solo gig.

So, YES, I am nuts and YES, I am pushing the boundaries of my happy home by adding two more dogs to the mix.

All of that aside, we welcomed Oberyn, an ADORABLE puppydoll who is living in our mudroom per puppy quarantine rules. He is crazy-cute and the BEST snuggler. I can’t get enough of his puppyness and retreat to his space many, many times a day where I hold him in my lap or play puppy games like chase-the-toilet-paper-roll or one-sided-tug-of-war (I don’t want to pull out a puppy tooth). I tell him he is gorgeous and perfect and I lament the pee wars going on in the next room and then I promise him that after this war ends, I’m ONLY going to foster puppies like him. He understands. (And he never pees anywhere but on his pee pads!)

The other dog we brought home from transport on Friday night is Rooney, a blue heeler/ Australian Cattle Dog. She is amazing. I looked up blue heelers and she seems to be textbook heeler. Wicked-smart, quiet but observant, and already very loyal and protective. She did arrive with a urinary tract infection, most likely from holding her pee for the entire ride north. We’re giving her cranberry pills and taking her out frequently, but she definitely seems uncomfortable and will attempt to pee at least 7 or 8 times in a five minute walk. Poor pup. 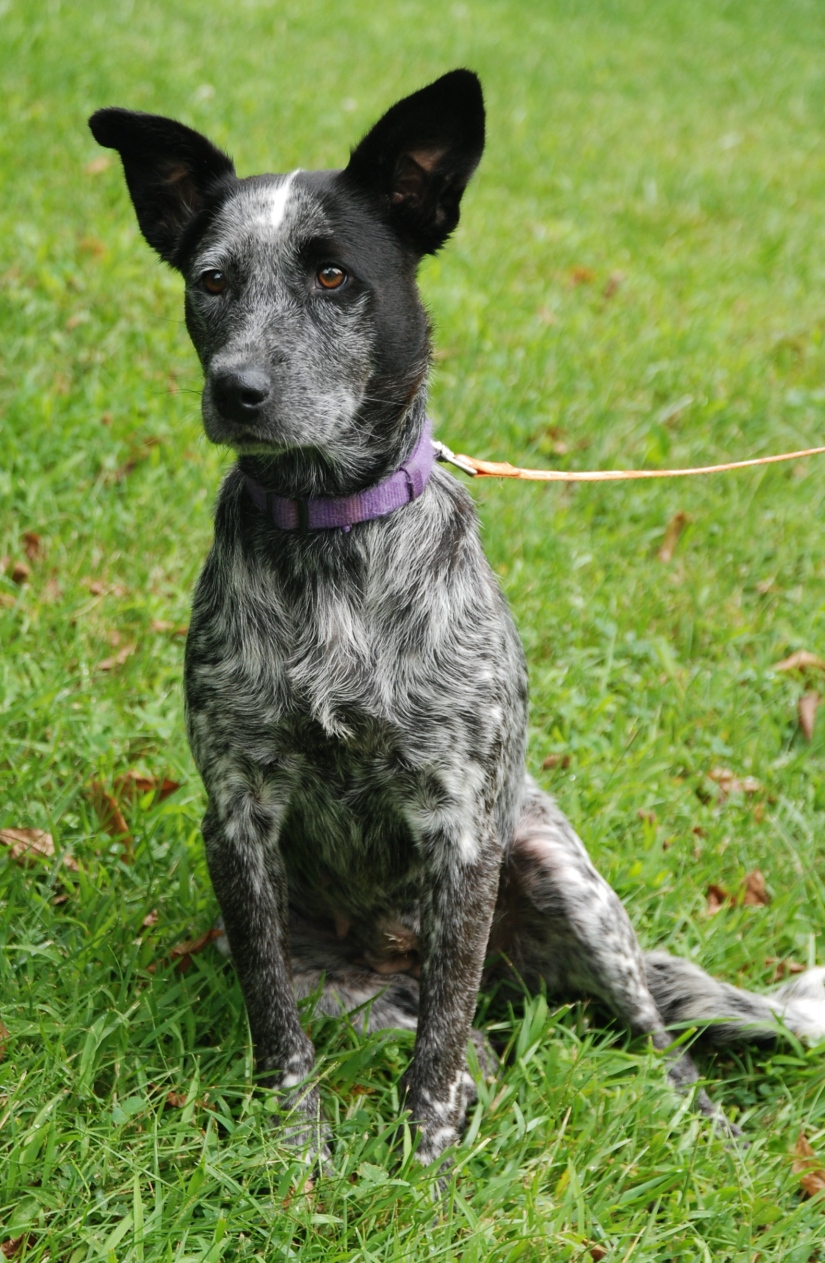 Ronney’s UTI may be how this whole war started. I’m not sure, but I think it was the first grenade launched.

Both Lucy and Rooney have large crates in our kitchen. Although there has been no growling or snarling or barking or even any mean faces, it seems they don’t like each other. For the first 24 hours or so, I would let one be loose in the kitchen, and leave one in her crate. They took turns.

When Lucy was out, she spent the time cruising for crumbs or lying in her open crate. Unless someone was in the kitchen handling FOOD and then she gave them her unwavering attention.

When Rooney was out, she sat or lay next to Lucy’s crate. She didn’t interact with Lucy or even look at her. She just sat there mostly looking very uncomfortable, but not making a sound.

At some point on Saturday morning, Rooney peed next to Lucy’s crate. UGH! I cleaned it up, took Rooney outside for a bit and then put her in her crate and let Lucy have time in the kitchen.

Lucy checked the kitchen for crumbs and then helped me pack my lunch (we were getting ready to go to an adoption event). I ran out of the room to get something and when I came back, Lucy had peed in the exact spot that Rooney had peed. Game on, apparently.

Maddening. I said a few things that shouldn’t be repeated, cleaned up the mess, and left for the event. Just to be safe, I left Rooney in her crate while we were gone.

I won’t bore you with the details, but some version of this battle continued for the next two days. Lucy upped the ante after they were both out at the same time by peeing in Rooney’s crate. After that Rooney attempted to get in Lucy’s crate at every opportunity.

All of this was making me NUTS (that’s the PG version of my feelings).

Both of these dogs are really sweet and get along fine with each other, if never making any contact or interacting in any way (even when standing side by side) is getting along fine. There has yet to be any altercation. Basically they ignore each other, but it’s obvious they’re not really ignoring each other. This is some serious passive aggressive maneuvering. I know Lucy’s been a mom, but I don’t think Rooney has, so it must come naturally.

This morning, in an attempt to help them ‘bond’ a little, I took them both for a walk up our road. I had intended to do my regular 4+ mile loop, but we barely made it 2. Lucy barged ahead, straining at her harness, as if she had someplace to be. Rooney scuttled along behind me like the heeler she is. Each time Rooney stopped to pee (a lot), I had to haul Lucy back. Pretty much the entire walk, my right arm was stretched out in front of me trying to keep Lucy at a reasonable pace and my left arm was stretched out behind me, trying to encourage Rooney to keep up. I’m sure my neighbors enjoyed a chuckle as they passed me on their way to work.

Suffice it to say there was no bonding, so we’re back to taking turns in the kitchen. Whoever is loose wears the diaper. You do what you have to do, right? I’m hoping some kind of truce is declared soon. Meanwhile, I’m mostly hanging out in the puppy room. Obie is the best kind of company. A puppy doth soothe the soul of this war-weary foster mom.

Note: happy news – it’s now Day Four and already 1:30 in the afternoon and I have YET to clean up anybody’s messes. Other happy news, Erika is bringing me an outdoor kennel, so that will mean less crate time for everyone.

If you’d like regular doses of Another Good Dog, you can join the Another Good Dog facebook page where there are updates on fosters current and past, along with occasional OPH news (like the fabulous event coming up where there will be DOGS and WINE and LOTS OF GOOD STUFF.

8 thoughts on “The Pee Wars”