Gosh how I hope this time it sticks. I think it is a good match, but we never really know until she goes home.

I’m still awaiting word. I haven’t heard anything since a quick text from her adopter while they were driving home (four hours to northern New Jersey). She said Billie Jean, now Piper, was sleeping in the back seat most of the time, occasionally standing up and putting her head between the seats to give a few kisses.

END_OF_DOCUMENT_TOKEN_TO_BE_REPLACED

A week ago, I still had four foster dogs under my roof. 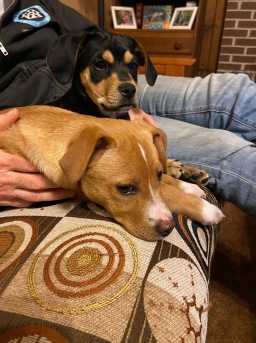 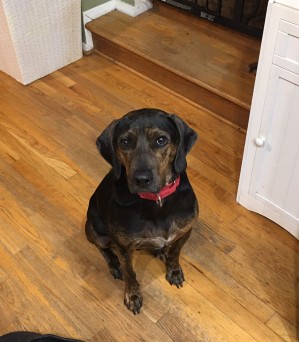 That’s not so odd (for me) except that on Friday I leave for a ten-day whirlwind tour of 16 rescues, shelters, and pounds in Tennessee, Mississippi, and the tail of Missouri as part of Who Will Let the Dogs Out (an initiative of Operation Paws for Homes).

Leaving foster dogs at the house for my busy husband and my even-busier son to care for in my absence isn’t really an option. Which meant END_OF_DOCUMENT_TOKEN_TO_BE_REPLACED 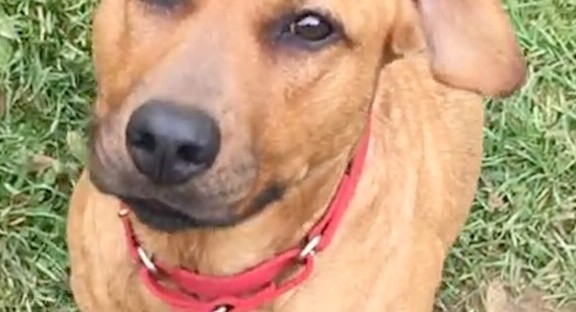 I’ve wondered what I will write about now that we are holding steady with the same two foster dogs. I could tell you more about Flannery and how entertaining she is—how she chases her tail on a near daily basis, how her enthusiasm for her supper knows no bounds, how she zips around outside like an oversize hummingbird and comes the moment she is called. (And don’t worry, in that second video she totally takes out my husband but he is fine). END_OF_DOCUMENT_TOKEN_TO_BE_REPLACED

This morning as I began to reorient myself to life in the real world after three wonderful weeks in the mountains, I started by cleaning up and putting away the detritus of summer. School starts on Thursday. It will be the last ‘first day’ for us as our baby starts his senior year in high school.

While I was away, Thelma END_OF_DOCUMENT_TOKEN_TO_BE_REPLACED

Sitting down to write this morning, I’m debating with myself how much I should tell you. There are times during this fostering experience when the difficulties stretch my commitment thin as tinsel and I am certain it will snap.

I don’t blame the dogs or OPH or even the wrongness of the necessity of the work we do. I occasionally blame my husband, because END_OF_DOCUMENT_TOKEN_TO_BE_REPLACED

The natural instincts of animals are remarkable. Spending so many of my hours with animals in the course of a lifetime, I’ve come to respect this, but I’ve also come to wonder at length about human instinct and whether we are compelled to follow it the way animals do, but that is decidedly a topic for another post.

A week ago today, I had just finished a post about Thelma’s arrival and the happenings in this foster house, when END_OF_DOCUMENT_TOKEN_TO_BE_REPLACED

Daisy continues to surprise us as she gains her confidence and health. Thelma had her puppies on Tuesday and I watched Daisy, wondering if she would be bothered by the sounds in the next room, but she seemed unfazed.

The only notable thing that happened END_OF_DOCUMENT_TOKEN_TO_BE_REPLACED

I wasn’t necessarily a ‘dog person.’ We always had a dog when I was growing up. A steady stream of strays and dogs that just happened into our lives. Truly, I never gave it much thought. I liked cats better. Especially once I hit young adulthood and lived in an apartment.

But now, somehow, dogs have taken over my life. My days, really my hours, revolve around dogs. Currently, we have four here at the house. Two are permanent residents and two are foster dogs only here for a spell awaiting the moment when their forever families find them.

“Ah. I can’t do this anymore!” I wailed at Nick after I cleaned up puppy diarrhea coated on every square inch of the puppy pen, every toy, every fence.

“You know,” Nick observed from where he sat with Oreo watching football with a beer in his hand, “You reach this point with every litter.”

I know I post all the fun and cuteness and make it look like puppies are the best thing ever, but here’s the God’s-honest truth: END_OF_DOCUMENT_TOKEN_TO_BE_REPLACED

I’ve been kicking around ideas for this post—lots to say, not enough space (the usual for me).

My thoughts are scattered because part of me is in North Carolina worrying about the dogs at the three shelters we visited who were all evacuated. I know they’re confused and frightened, but so far, at least, I know they are safe.

In a news story about the Anson shelter, I saw footage of several of the dogs I met – Oreo (who is coming to my home at the end of the month), the Great Dane that Lisa and I flirted with (whose destiny is uncertain), Sparky (the shy, adorable pit mix with bandit eyes that Lisa coaxed out to say hello to us), and a large gray pitbull whose sad face I’ve been carrying around with me ever since I met him. Of all the dogs we met, his eyes seemed to sear my soul – the depth of sadness and the resignation broke my heart. 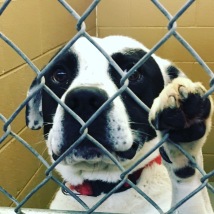 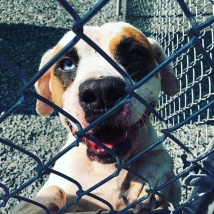 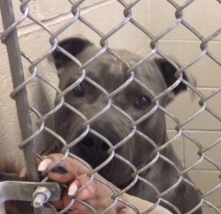 Seeing those friends crammed in crates and stacked in a van, while the people around them talked in panicked voices and the flood water closed in on them was unbearable. I want to be down there, doing something, and yet again, END_OF_DOCUMENT_TOKEN_TO_BE_REPLACED